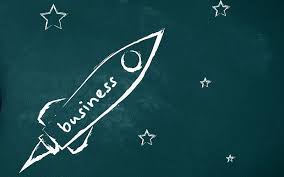 After you have raised your seed capital, you will need to prepare for Series A funding, build your sales, deployment, and support teams, and hire a CEO and a team. You should focus on hiring talent and fundraising to get to this stage. The most exciting part of being a Startup is seeing your idea come to life! But before you embark on the next stage, read up on the most common mistakes that founders make in this phase.

Entrepreneurship is a mix of emotions

Startups innovate the way people live and do tasks

As the pioneers of new products and services, start-ups create jobs, stimulate the economy, and drive innovation. They create half of the jobs in the OECD and contribute to productivity growth by creating a large proportion of the new jobs. They are often the catalysts of radical change. They are also important sources of job satisfaction and leave a legacy for future generations. Startups can be an excellent opportunity for you to do just that.

The number of startups in the world today is larger than the number of layoffs in large corporations. Startup failures are also much larger. And while most startups fail, the question remains, are startups riskier than large corporations? The answer may lie in the people running them. There are plenty of reasons why founders fail, but one factor stands out above the rest: the founders. Founders want to think they have it all figured out. This prevents them from admitting they’re wrong. And because they are too stubborn to admit they’re wrong, they fail themselves. So why should people follow the founder of a startup, especially if they don’t have any previous experience?

Working for a startup can be both challenging and rewarding. In the Startupo culture, people often need to learn new skills, take on high-risk projects, and deal with constant change. The startup culture stresses fast success and growth, and can be both rewarding and stressful at the same time. However, it’s important to remember that working for a startup is not for the faint of heart. Here are some of the benefits of working at a startup:

They’re a mix of emotions

Starting a startup company is a mixture of emotions. It’s a mix of excitement, fear, and a feeling in the pit of your stomach. Cynthia Johnson, a social media influencer and Co-Founder of Bell + Ivy, shares the ‘feeling’ behind it. Read on to discover the secrets of Cynthia’s startup journey. She’ll show you how to manage the feelings that come along with this exciting and tumultuous time.